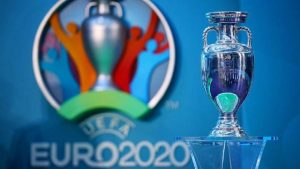 Globally, fans are anticipating one of the most exciting sporting events of the decade. Don’t worry. The Euro Championship football competition isn’t cancelled. It is rescheduled to begin in June 2021. The revised timing gives clubs enough time to finish the season, considering recent quarantines are causing UEFA teams to suspend play. Besides, the tournament is reorganising, with competitions scheduled in 12 cities. The tournament schedule is a sharp contrast to past events, which traditionally held the competition in up to two locations.

As a result of the geographic changes to the competition, some teams will travel, and others may play most games with a hometown advantage. For those travelling teams, physical and mental barriers may impact the tournament’s outcome. Are the odds of winning not good for teams who travel the most? In the history of the tournament, only two finals have been lost by host teams. The edge clearly goes to teams who play at home.

However, break-out teams have proven that odds do not determine the winner. Portugal beat France in an intense matchup for the 2016 championship final. Although France held the home advantage, the team couldn’t defeat Portugal’s spirited, skilful play. Portugal won in overtime. It’s a redemption for the newly minted championship team, which lost a previous championship final at home. In 2016, Pepe played an outstanding game for Portugal, inspiring his team to win. According to some online sportsbooks, the odds are 16-to-1 for Portugal to excel in 2021 and retain the title.

During 2020 qualifying, Portugal won a second-place finish for the group, bested by Ukraine. This stunning finish left Portugal in tough matchups for the tournament. The team is in a grouping with France, Germany, and one of the playoff team winners. Portugal’s qualifying performance doesn’t put the odds in the team’s favour. Especially since Spain is the only team to win back-to-back Euro championships in 2008 and 2012.

Since hometown advantage often translates into a win, figuring the odds must include an analysis of which teams will play the most matches at home. England is the most obvious choice because the team is playing three games at the home stadium, Wembley. The club will also play the final and semi-final matches at home if they continue progressing. If is the operative word. The schedule change favours England, but the team’s Euro record is sub-par. In 2016, Iceland beat England in the 16th round. Perhaps, a home stadium advantage is what the team needs to spark a winning streak. It’s a highly skilled team, for sure. However, the club will also have tough matches to start the tournament. Time will tell if the team can overcome the challenge at home. The odds are in England’s favour at 4-to-1.

Odds are also looking good for the host nation, the Netherlands. After missing qualification for the last championship tournament in 2016, the Netherlands team is returning as a force of reckoning. The skilled players and lucky draw may help this team make it to the latter stages of the tournament. A Ukraine and Austria grouping may give the Dutch side a shot to make it. Some sportsbooks agree, giving the Netherlands 13-to-2 odds.

Since Spain is a three-time Euro champion, the team is always in the running for the championship trophy. Especially now, since Spain also plays at its home stadium for the group competitions. The team has an excellent chance to win. The determined players are skilled enough to advance, and the team’s performance in qualifying matches put everyone on notice, with a finish in the top group. Bettors can gamble that Spain is ready to take on whichever teams they play, with 8-to-1 odds to win the 2021 Euro tournament.

Italy is a dominating force, easily winning the matches in the qualifying tournament, 10 in all. With a schedule to play group games at home, the team has favourable odds. Coupled with the grouping including Switzerland, Italy’s chance to brush past the earlier matches is very good. There’s a 9-to-1 chance Italy takes it all the way to the end.

Germany is in a tight group, which includes France and Portugal. So, even though the team is playing matches on home turf, it faces an uphill battle against the best players in the league. Despite only losing one game in the qualifying, to a dominant Netherlands team, Germany’s odds are tough to call. However, home stadium advantage still makes this team one to consider for the win, with 9-to-1 odds.

Experts expect the bet total for Euro 2021 to exceed £10 million. Even US bettors may place bets in states, such as Indiana, Philadelphia, and New Jersey. There are also several European betting venues for the Euro competition. However, novice bettors should research how to bet, before wagering any money. Football betting is different, including several ways to place a wager.

From three-way or two-way money lines, bettors can decide which variation to choose. Picking a specific team to win or draw is only the beginning. How many points the winner has when beating the opponent is another example. There are also betting totals and betting spreads. In betting totals, the bettor decides to bet over or under a set total. In spreads, the bettor decides how many points a team will win or lose by.

Bettors can pick from a host of talented teams. However, betting on organised sports is meant for entertainment. Betting to win money for expenses or income is not advisable. Self-monitoring is an essential aspect of responsible gambling. If a bettor is no longer having fun, it’s time to consider taking a break from betting.

With fast-breaking action and thrilling athletic feats, the Euro 2021 Championship competition is bound to offer excitement to the fans. These elite athletes train diligently to make it to the Euros. Winners play hard, giving every ounce of effort on the field. From match to match, shots hit or miss the goal’s net. In the midst of it all, players battle it out to determine which football team is best. If the odds are on target, this year is looking good for England.

Please be advised that all gambling comes with a high risk of losing your money. Never play with more than what you can afford to lose. If you think that you may have a gambling addiction please see our responsible gambling page and seek help.

We use cookies to ensure that we give you the best experience on our website. If you continue to use this site we will assume that you are happy with it.Ok